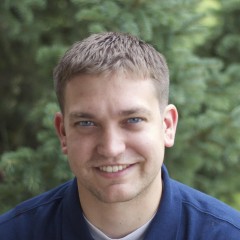 Dan Hinckley can be found online at:

Dan specializes in innovative digital marketing solutions, brand strategy, and technical web development and support. He works in step with clients to manage SEO, ORM, Conversion Rate Optimization, and website design and development projects, from start to finish. He is Google Analytics Certified and leads the Google AdWords programs.

Dan began his career in brand strategy management before transitioning into IT consulting for the US Government. These experiences uniquely position him to develop comprehensive strategies for SEO that span across branding and IT domains.

Ten years of SEO experience have made Dan a seasoned industry veteran in tune with the latest capabilities. As a consultant, his clients have included GEICO, AAG, American Petroleum Institute, Marriott, US Department of Defense, US State Department, George Mason University, and Penn State University among others. Last updated on 8/16/2018 – This article has been updated to reflect the most recent version of Google Chrome.  Follow the steps below to change your location in Google.  Over the years, Google has improved it’s algorithm to include search results that take into account the geographic location of the user performing a search query. […] It’s our pleasure to again work with Keri-Ann Baker on an article that recently appeared in the print magazine Journal for the American Water Works Association. The article focuses on how social media and timely communications can help your Online Reputation Management efforts.  We originally worked with Keri-Ann in a piece that covered reputation management […] The last two years have shown that the computer industry is quickly changing. More mobile electronic devices are being purchased and the traditional classic computer towers are being used less and less. Steve Jobs was right when he said that “PCs are going to be like Trucks” and used only for heavy computing. It has […] A few months ago Google announced their response to the successful social media sites Facebook, Twitter, and LinkedIn. Google+ was instantly heralded as an improvement to the social approaches the search giant had previously attempted, Google Buzz. And while initial numbers for the growth of Google+ were astounding, the long term viability of a social […] With the release of Google+ the company made a push to change the overall design of their most important web properties, including their search results page. It appears that they’re also interested in adjusting the way they display sitelinks for web properties. Earlier tonight we started seeing Google results with the sitelink layout displayed in […] An Added Benefit to Local SEO

Many small businesses across the country begin their SEO campaigns with dreams of being able to quickly rank for their market’s key phrases. Unfortunately, ranking on the front page of Google for phrases like “Jobs” or “Pest Control” means that you’re often competing with major brands or franchises who spend hundreds of thousands of dollars […] The biggest benefit of SEO is having your site rank highly in the search engine results for important and highly searched keywords. This was especially important for one of our clients as they’re continually publishing new and current information that can be very valuable to potential readers and are always looking for innovative ways to […]